​Since 1978, young people have come to Trollwood to explore, to stretch beyond their comfort zones, and to experience the chemistry of people working in harmony to achieve extraordinary goals. The energy and wonder they bring is matched by the skill and dedication of the many caring professionals at Trollwood who guide them. Year after year, we hear from students who tell us how their experiences prepared them not only for working in and appreciating the arts, but for living each day with an engaged mind and a loving heart.

Perhaps the greatest testament to the school’s powerful and lasting effects is the fact that many of our alumni from the early years are now sending their children to Trollwood, knowing that they, too, will develop skills, forge treasured friendships, and learn about themselves during their summers here.

OUR ALUMNI ARE OUR BEST AMBASSADORS!

​Trollwood alums, if you have news to share (job, family, career, award, etc.), let your Trollwood family know about it! Send the details, along with a photo if you have one, to trollwood@fargo.k12.nd.us and we’ll post it here.

HERE’S WHAT SOME OF OUR TROLLWOOD ALUMNI ARE UP TO NOW! 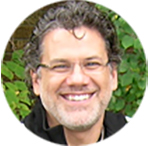 Christopher is a freelance graphic designer, living in Minneapolis, MN. He’s one of the “founding” members of TAG, and has designed the group’s logo and website. Some of Christopher’s other work includes art direction for the “BurBur and Friends” series of children’s books, web and t-shirt designs for The Firm of Minneapolis, and corporate marketing, advertising and logo design for businesses and organizations in the Twin Cities metro area. He is currently working on the logo design and collateral material for The Ultimate Pajama Party, a new interactive theatre performance. 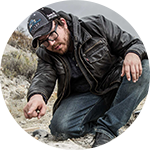 Dan Glaser is a Trollwood alumni who currently works in Los Angeles, CA as an award-winning filmmaker, screenwriter, and novelist. His past film directing credits include the crime thriller Pinching Penny and the adventure dramedy Oxenfree, which earned multiple awards on the film festival circuit. His debut novel A Fistful of Nothing was published in 2014, and he is currently drafting a follow-up novel, A Lungful of Glass. His recent film project Valley of Bones was released in theaters nationwide in 2017 and he currently has several projects in development. Glaser spent 5 summers as a student taking classes and performing in the Mainstage. This marks Glaser’s 7th summer teaching the filmmaking courses at Trollwood and he’s thrilled as always to return! 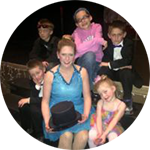 Denise Kathleen Gratton (aka Yantes) is a CDA (child development associate national accredation). During the school year Gratton teaches preschool and is a certified lifeguard. She spends her summers in the sun working at the local pool.Gratton is happily married with 5 beautiful children. She takes dance (ballet, tap, jazz, modern) five days a week along with her children at her home studio, Miki’s School of Dance in Devils Lake, ND. She dances with the adults and high school age kids. Recently, she performed 8 fun dance numbers in their spring show “The Grand Hotel”. Her husband is in the ND National Guard. They love to ride their Harley Davidson motorcycle around the country as much as they can! Gratton loves enriching the lives of her preschoolers by introducing performing arts into the curriculum and she hopes to someday teach more dance. 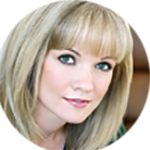 An American Stage and Television Actress, Becky Gulsvig is a Moorhead native who made her Broadway debut in Hairspray as Amber Von Tussle and originated the role of Leilani in the Broadway production of Legally Blonde The Musical, where she also understudied the roles of Elle, Serena, and Margot. She starred as Elle Woods on the national tour of Legally Blonde for 2 years and was nominated for a Helen Hayes Award for her work. Other credits include Wendy in the national tour of Peter Pan, multiple regional theater roles, a national Verizon commercial and TV appearances on All My Children, The View, The Bonnie Hunt Show, The Today Show and the Macy’s Thanksgiving Day Parade. Becky performed “So Much Better” from Legally Blonde on the 63rd Annual Tony Awards. Becky recently portrayed Doralee in the musical 9 to 5 at the Gateway and Ogunquit Playhouses. She now lives in New Jersey with her husband, daughter Hazel, and their golden retriever. 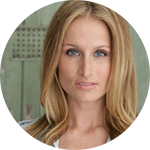 Becca Kotte, a Fargo South grad, started in the Totally Trollwood program as “Older Ellie” in the 2000 production of Leader of the Pack, and the MainStage productions Crazy For You (Ensemble), Footloose (Wendy Jo), Les Miserables (Eponine), and Kiss Me, Kate! (Ensemble). She went on to earn her BFA in Musical Theater at the University of Miami, where she landed roles in The World Goes Round, On the Town, Cat on a Hot Tin Roof (Maggie), and Cabaret (Sally Bowles). Becca is currently living in Las Vegas, where she stars as “Sherrie” in Rock of Ages. Her debut album “Epic” is available on iTunes as of March 24, 2015. 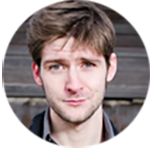 Steven Molony is a Fargo native and a Trollwood alumni, now an actor in Los Angeles, CA.  Molony landed the lead role of Dr. Arkham on the hit web series The Joker Blogs for which he was invited to tour with the Wizard World Comic Con.  He went on to win an Indie award for his lead performance as Alex in the independent feature film Pinching Penny which was released on DVD through Amazon, iTunes, and more. Molony recently played identical twins in another indie feature entitled Efficiency, and is attached to several other feature films including the Pinching Penny director’s next film, Oxenfree, in post-production and Valley of Bones, set to start filming in September. 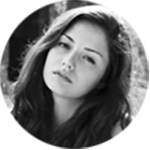 Marcelle Pallais started at Trollwood by participating in the Totally Trollwood Musical Once on This Island, then played a chorus member in the Mainstage production of Les Miserables, and took advantage of every dance and singing opportunity Trollwood had to offer through 2004. She received an Acting degree from New York University’s Tisch School of the Arts, where she studied everything from Method Acting, Experimental Theater, and TV writing to Film Directing. Currently, she is represented by Muse Model Management in New York and is featured in ads for David’s Bridal, Rainbow Stores, and Elena Miro with Italian Vogue. She also works commercially for companies like Bloomingdales and Saks Fifth Avenue. As a plus model, Marcelle says “it is probably the most rewarding job, to inspire beautiful young women to love their bodies and promote diversity in fashion.”

Along with producing work for Joseph Gordon Levitt’s open collaborative production company Hitrecord.org, Marcelle co-runs Shwick Productions, which makes fashion videos, promotions, editorials, films and music videos. Recently her work was featured on vogue.it and truthandfashion.com.  This year, Marcelle plans to start a writers group with fellow Trollwood alumni Nicole Rodenburg and Colin Froeber, to produce work based on their relationship to and love for the Arts. 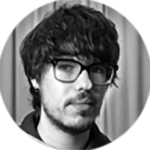 Austin Regan is a New York based director and teacher. His directing work encompasses new plays and musicals in New York venues including the Kraine Theater, Dixon Place, the Zipper Factory, the Julia Miles Theater, and the 92nd St. Y, as well as regional productions at locations such as The Boston Conservatory and the Krannert Center for the Performing Arts. Austin was featured in the New York Times for his work as Tony Award-winning director Michael Mayer’s professional assistant, which includes productions on Broadway (“On A Clear Day…” starring Harry Connick Jr., “American Idiot,” and “Everyday Rapture”), Berkeley Rep, Roundabout Theater Company, national tours (“Spring Awakening”), and the Metropolitan Opera (“Rigoletto”). Austin taught musical theater on the faculty of the Boston Conservatory, and in New York, co-founded “Other Side of the Table,” a teaching organization that offers actors auditions and repertory classes and private coaching with top New York professionals. A Fargo South High and TPAS alumnus, Austin lives in Manhattan with his wife, Kendal Hartse, a Broadway actress. 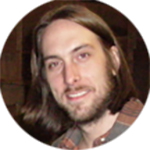 A Television and Film Actor, Timm Sharp is a Fargo native. He rose to fame with his leading role in the 2001 Fox comedy series Undeclared. He did, however, land his first role a year before, appearing on the series Spin City. He followed it up with roles in Madigan Men and The Invisible Man, but gained attention for playing Andy on the program Six Feet Under. He also appeared in Malcolm in the Middle and The Handler. He has been seen on several TV movies, such as Weekends, Other People’s Business, and Early Bird. In 2005, he was cast as an employee in a butcher shop in Kicking & Screaming. He next voiced a character in King of the Hill before he was cast alongside Jim Carrey on Fun with Dick and Jane. Other credits include 1%, I’m in Hell, Imagine That, and Stuntmen. Sharp later landed a recurring role on the series ‘Til Death, before co-starring with Laura Dern in the current HBO hit series Enlightened, which has been nominated for a Golden Globe Award.

Timm was seen in onstage roles at Trollwood in Romeo & Juliet, Joseph and the Amazing Technicolor Dreamcoat, West Side Story, Guys & Dolls, and is most recognized for his leading role in A Funny Thing Happened on the Way to the Forum.

DOES TROLLWOOD HOLD A SPECIAL PLACE IN YOUR HEART?

Help make those special memories available for other young people! Make a donation to Trollwood Performing Arts School to ensure our education programs and arts experiences remain a vital part of our community.

Support a Trollwood program near to your heart, provide a scholarship, or make a donation in honor of someone special to you.

​ALUMS, WHAT ARE YOU UP TO NOW?

Please email us at trollwood@fargo.k12.nd.us with your contact information, your current occupation, family information, news, updates, and your favorite Trollwood memories. We’ll put you on the mailing and e-blast list, so you know what we know, when we know it—you’ll get Trollwood event invites, announcements, and newsletters hot off the e-press! As always, we respect your trust, and will not share your contact information with others, and will only contact you with information directly related to Trollwood, its students, alums or faculty.

Facebook Stay in touch with Trollwood, your fellow alums, and our latest happenings by friending Trollwood Performing Arts School on Facebook.

There’s a focused group of Trollwood alumni (you know who you are!) who remain committed to Trollwood, much as they were back in middle and high school. This group has initiated TAG, the Trollwood Alumni Group, dedicated to the sustainability of Trollwood and its programs.

TAG is working on a website–we will include the address link here as soon as it’s available.