Trollwood Performing Arts School, a program of Fargo Public Schools, serves as the managing arm for Bluestem Center for the Arts, 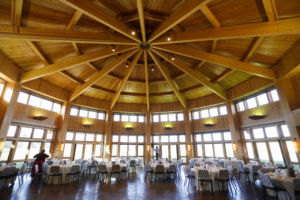 a world-class facility headquartered in Moorhead, Minnesota. The campus includes river views, grassy meadows, woods, and wildlife. The facilities are comprised of outdoor stages, a 2,500-seat amphitheater, and the beautiful Marcil Commons, which serves as the Trollwood headquarters, an educational center, and a rental space. It boasts warm knotty pine rooms and beautiful park views.

Bluestem Center for the Arts hosts many programs that inspire a love for arts in people of all ages. The facility is used for school arts curriculum and activities, including the 12 programs offered by Trollwood Performing Arts School. Bluestem also serves as a space for public performances, exhibitions, community festivals, corporate retreats, conferences, weddings, and other private rental opportunities. Since opening, thousands of patrons and students have enjoyed these opportunities. 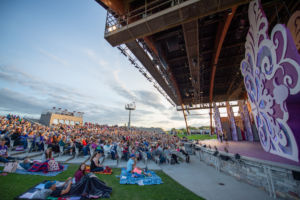 Trollwood Performing Arts School intentionally incorporates the outdoors into curriculum. Many of our programs are summer based, and we understand the importance of allowing youth to enjoy the season.

Bluestem Center for the Arts is an exciting collaboration between Fargo Public Schools and the city of Moorhead, serving as a testament to our region’s commitment to the arts. The center opened in 2009 thanks to generous support of the entire community.

TROLLWOOD PERFORMING ARTS SCHOOL’S HISTORY OF SERVICE TO YOUTH THROUGH ARTS EDUCATION HAS BEEN ACKNOWLEDGED WITH SEVERAL PRESTIGIOUS AWARDS:

Trollwood Performing Arts School has maintained a high standard of excellence in all its programs since 1978 as a result of the level of commitment to serve youth exhibited by the leaders of the organization. These Trollwood leaders are community members, educators, business owners, and parents dedicated to offering quality education opportunities to our youth through the arts. We thank them for their service.

Our heartfelt appreciation to the Fargo Board of Education and Fargo Public Schools leaders, for their support of our growth and development.

A special thank you to the Moorhead City Council for their partnership in hosting the home of Trollwood Performing Arts School.

In addition to the participation of thousands, it takes love, commitment, materials, and money to keep Trollwood going and growing each year. Gate receipts and contributions comprise approximately 50% of our annual operating budget. Your financial and in-kind contributions allow us to provide unique youth development programs and high quality entertainment for our community. Now is the time to join hundreds of others in the all-important role of being a Trollwood supporter.

Listed below are those individuals, companies and organizations who have generously supported Trollwood Performing Arts School. Their encouragement and financial support make dreams come true for our youth and provide numerous arts opportunities for people in the region. This list reflects gifts received between January 1, 2019 – September 15, 2020. 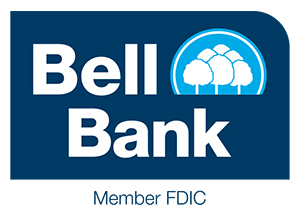 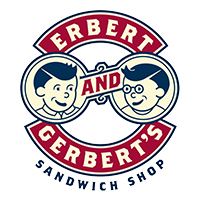 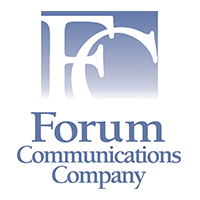 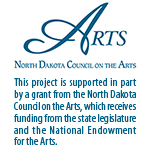 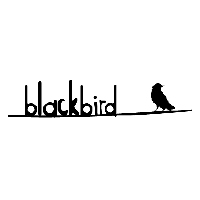 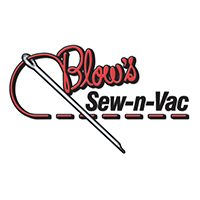 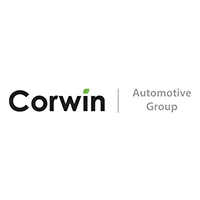 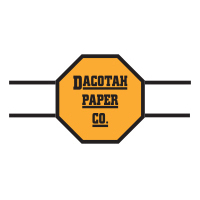 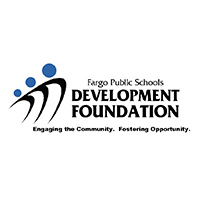 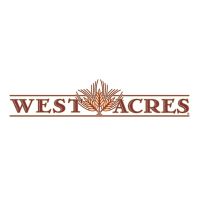 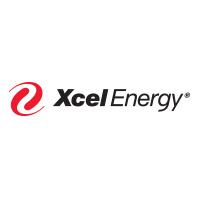 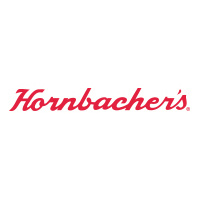 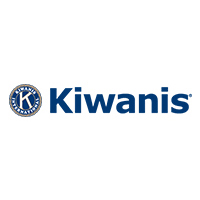 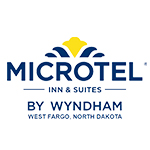 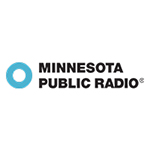 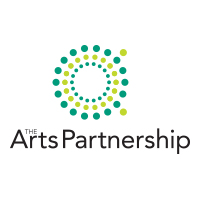 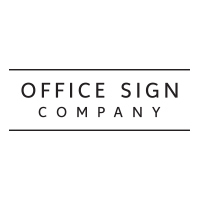 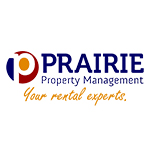 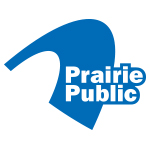 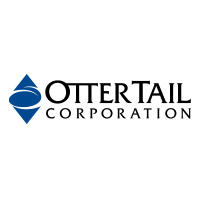 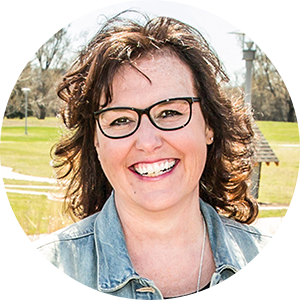 Kathy Anderson began her career in Arts Management over 20 years ago as a student in the Music Industry program at Minnesota State University Moorhead, graduating with a Bachelor of Music degree in 1991. As a junior in college, she interned at Trollwood Performing Arts School and has since held numerous management roles in both the non-profit and for-profit industries. Kathy has been at the helm of Trollwood Performing Arts School since the fall of 2009. Under Kathy’s leadership, Trollwood has expanded its arts educational offerings through the creation of programs such as the Trollwood Conservatory, Totally Trollwood Academy, and the Trollwood Children’s Theatre. Kathy was also instrumental in starting the nationally recognized STudents At Risk (STAR) program for Trollwood back in 1997. Kathy has served in the role of producer for several Trollwood Mainstage Musical productions including Anything Goes (2010), The Music Man (2011), Legally Blonde (2012), Shrek (2013), How to Succeed in Business Without Really Trying (2014), Disney’s Mary Poppins (2015), Disney’s The Little Mermaid (2016), Disney’s Beauty and the Beast (2017), Hello, Dolly! (2018) Freaky Friday (2019), Cinderella (2021) and is currently working on Singin’ in the Rain (2023).

In the Fall of 2012, Kathy was asked to take on a larger role at Trollwood and oversee the management and programming of the venue, currently known as Bluestem Center for the Arts, as well as oversee all aspects of fundraising and development for the organization. Previously, Kathy held the position of Executive Director for the Cass County Historical Society and Bonanzaville USA (1997–1999). Under Kathy’s direction, Bonanzaville underwent a major renovation and also secured the initial vision and funding for the development of the Lucien Barnes Pavilion at Bonanzaville. In addition to Kathy’s roles in the non-profit industry, Kathy worked for Microsoft (2000–2005) where she was a Technical Support Engineer and Technical Lead for the accounting package Great Plains prior to returning to Trollwood as the Director of Administration in the spring of 2005. In addition to her professional arts management career, Kathy enjoys making music as a singer/songwriter. Kathy also loves spending quality time with her husband, Jim, and daughter, Jessica. 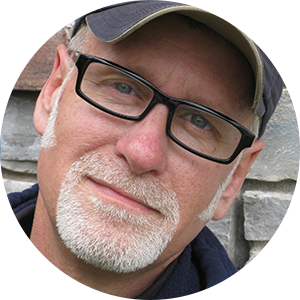 Michael Walling is a nationally known New York City-based stage director and arts educator. Michael has been the resident guest director for Trollwood since 1992 and is currently the Artistic Director for the Mainstage Musical. Cinderella will mark the 30th stage production Michael has directed for Trollwood. This year the Arts Partnership is recognizing Michael’s artistic investment in TPAS and the Fargo-Moorhead area with the 2021 Outstanding Artist Award in the FM metro.

Michael was the Artistic Director of the Pit and Balcony Theatre Company in Michigan, directing 24 stage productions. He’s also served as Artistic Director for Fort Peck Theatre in Montana, directing and producing over 15 productions. For the last three decades, Mr. Walling has been a frequent Guest Artist/Lecturer on the regional theatre and university stage. Teaching masterclasses in stage directing and audition technique. Michael was a founding member of the Directors Company in the prestigious Goldberg Department of Dramatic Writing at NYU’s Tisch School of the Arts. Throughout 1992-2000, Michael directed numerous projects for the writing program.

As Artistic Director of the Mainstage Musical, Michael continues to lead a national artistic team to produce high-quality professional theatre while inspiring thousands of our local students through the discipline of arts education. Because of Michael’s continuous dedication to our community, it was announced in 2001 by the mayor of Fargo that from this day on, July 18th would officially be “Michael Walling Day” in Fargo ND. 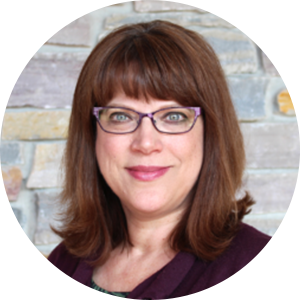 Nancy has been involved with Trollwood as a volunteer and parent since 2003. She started her role on the Trollwood staff in January 2008 as the Events and Volunteer Services Coordinator. In the fall of 2009, Nancy took on the role of Program and Volunteer Services Coordinator for Trollwood. In her new capacity, Nancy continues coordinating all volunteer efforts and also oversees the youth arts programs of Trollwood including coordinating all aspects of the Trollwood Academy, Totally Trollwood Academy, Totally Trollwood Musical, Trollwood Conservatory, Trollwood Children’s Theatre, ArtSpark, the STAR program, and the Trollwood Student Leadership program. Nancy is responsible for developing curriculum, as well as hiring and managing the faculty for all of these key Trollwood programs. The parts of her job she enjoys the most include working with all of the wonderful students and volunteers that make up the Trollwood family. Her previous employment was with the Muscular Dystrophy Association where she served as Health Care Service Coordinator, running the MDA Clinic and Summer Camp programs. Prior to being employed by Trollwood, Nancy spent numerous hours volunteering for the organization. She served as the volunteer Ambassador Chair, assisted with poster distribution, Sun Celebration, Tech Week meals, mic wiring, concessions, set construction, the holiday card mailing, and more. Her love of theatre began at Fargo North High School where she performed in several shows. During college, she was a member of the North Dakota Repertory Theatre and also performed in shows at NDSU and at FMCT. 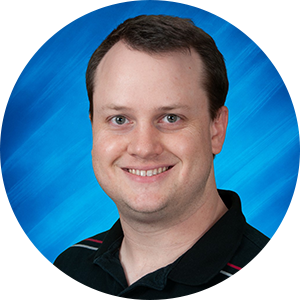 Tyler is an artist-designer in Fargo-Moorhead with a passion for visual storytelling. He’s the graphic & web designer for Fargo Public Schools (FPS) and spends his days creating visuals and managing websites throughout the district. Before joining FPS, he worked with web developers and advertising agencies around the Red River Valley and holds a Master of Art + Design, Bachelor of Fine Arts in Visual Art, and Bachelor of Science in Design Technology. He spends his time away from work experiencing the joys of life with his wife, two boys, and crazy dog. You might also catch him sketching ideas for personal art projects, exhibiting at comic book conventions, or intently studying cartoons and comics.

​The mission of Trollwood Performing Arts School is simple, “…to inspire those we serve through the arts to realize their full potential and be a positive influence in the global community.”

Trollwood believes that the arts have the power to transform people’s lives — to open them to the greatness that lies within them and in others.

Our primary goal is to develop and deliver the highest standard of performing arts education, which provides young people with the knowledge and skills they need to be successful in future endeavors.

In the course of serving young people, Trollwood realizes a second goal of providing high quality entertainment. Hundreds of thousands of people have enjoyed performances by Trollwood Performing Arts School since its inception.

In order to accomplish this mission, Trollwood Performing Arts School: